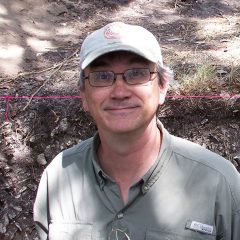 Anthropology is the study of human diversity through all time and across all space. Anthropology differs from other fields of social science in its emphasis on comparative or cross-cultural perspectives on human biology, society, and culture. Also setting anthropology apart from related disciplines is its holistic, unified perspective on the human condition. In this regard, anthropology appears boundless, spanning topics such as social organization, religion, technology, economics, symbolism, gender, reproduction, politics, genetics, biomechanics.

Although the field of anthropology encompasses an immense range of subjects, it is usually divided into four subfields: sociocultural anthropology, physical or biological anthropology, archaeology, and linguistic anthropology. In this course you will be introduced to each of the subfields, gaining an appreciation not only for the breadth of anthropological inquiry but also for the interrelationships among its diverse perspectives.

Through lectures, readings, films, assignments, and discussions, you will develop the basic skills and knowledge to: